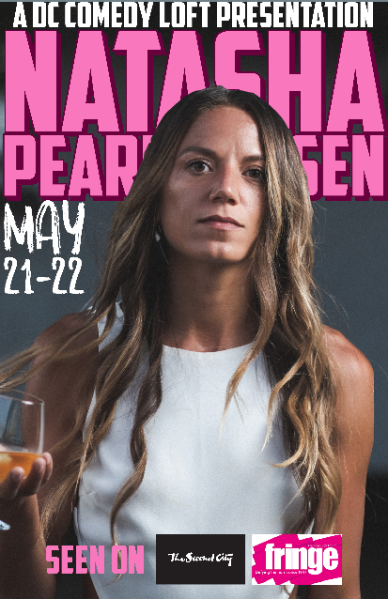 Natasha Pearl Hansen began her career with Second City Chicago in 2006 and hit the stage for the first time as a solo standup comedian in 2010. This year alone she has had successful tours headlining in Scotland, England, Germany, France and the Czech Republic, as well as the Caribbean, the Midwest, East Coast and West Coast. In June of this year she shot her first comedy special titled “I Was Supposed To Get Married Today,” on her wedding day, at her wedding venue, in front of half of her wedding guests and half complete strangers. Due out this winter, her spinoff hour will debut in 2020 at the Edinburgh Festival Fringe titled “Diary of A Bad Fiance.” She has a number of series in the works that she co-wrote and stars in, including “Monogam.ish,” “Adulting,” and “Social Mediators.” Her podcast titled “Future Role Model” became a residency in Las Vegas in September of 2019 and is every Monday night at the Artisan Hotel. In late 2019 she toured for our troops in Spain and Italy. Follow her adventures @NPHcomedy.

Zako Ryan is a “nothing is off limits” comic rising through the ranks in the Chicago comedy scene. A well balanced combination of grit and charm derived from his dirt road, southern upbringing, rooted in Beaufort, South Carolina. Zako has spent the majority of his adult life moving all around the country giving him a unique library of material on cultural differences, relationships, and social issues.

A former military vet, college graduate, and Engineer, Zako is now a full-time actor/comedian/personal trainer who can be seen putting on shows all over Chicago and performing all over the country. Most notably Zako is a producer at the Laugh Factory and the host of the hit, roast battle show, “Burnt”. Zako’s comedy credits include Zanies, Laugh Factory, The Comedy Bar, Improv, The World Series of Comedy and the House of Blues.