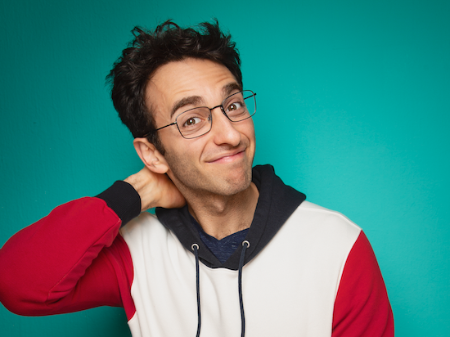 Gianmarco Soresi is a comic, actor, and waiter. He tells people he’s a DC-native despite growing up in Maryland and can’t wait to see his old middle school teachers at the show. He recently headlined Carolines on Broadway for their Breakout Artist Comedy Series, Stand Up NY for their Headliner Series, and was featured on George Takei Presents. As an actor, he’s played opposite Tracy Morgan in TBS’ The Last O.G., CBS’ Blue Bloods, ABC’s Deception, A&E’s Unforgettable, Comedy Central, TruTV, and more. Just back from his Off-Broadway Play “Less Than 50%”, his high energy and lanky body answer the question “What would happen if the scarecrow from The Wizard of Oz did stand-up comedy?